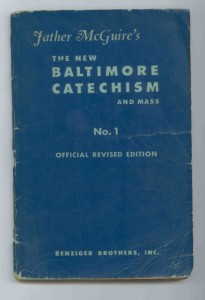 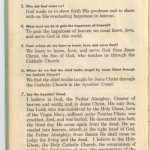 I was brought up in the Roman Catholic Church because my mother and her side of the family were all Roman Catholic. My dad was never much of a church goer but his family occasionally went to a Christian church. Dad describes himself as a “Catholic sympathizer” (which I guess means he feels sorry for us).

In my late teens and early 20s I drifted away from the church and eventually quit going altogether. My scientific skeptical nature made me question everything that the church taught and I came to the point where I really didn’t see a need for church or faith. At one point you have to say I was decidedly agnostic but I always felt I had an open mind when it came to religion.

In my late 20s I returned to a Catholic Church that was much more friendly and inviting than the one that I had left. I got heavily involved I have been involved ever since. I began teaching Catholic inquiry classes known as RCIA (Rite of Christian Initiation for Adults) and have been doing so for over 25 years. I am the volunteer webmaster for my church and have been involved in the Parish Pastoral Council and a variety of other lay ministries.

This blog will be a combination of my version of a number of RCIA lessons as well as biographical anecdotes about my own faith journey.